The highest possible award for safety in the United States

Rockleigh, NJ (December 10, 2015) The Insurance Institute for Highway Safety (IIHS) awarded the XC90, S80, S60, V60 and XC60 its 2016 Top Safety Pick+ Award – the most among any luxury car company. Every Volvo model tested by IIHS in the last year has received the Top Safety Pick+ Award,. 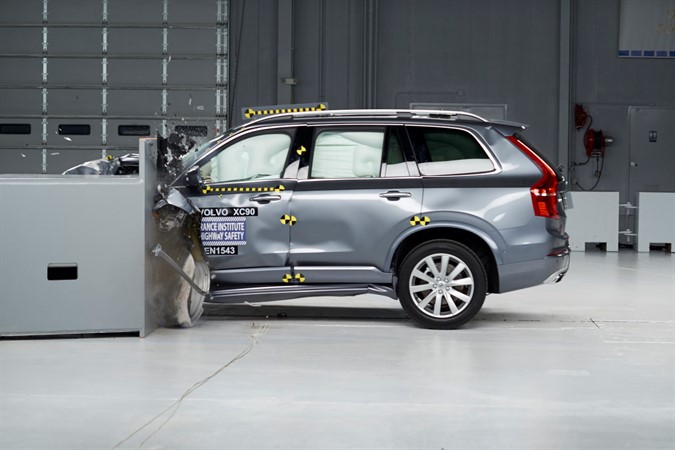 “Volvo continues its strong tradition of safety” said Lex Kerssemakers, President and CEO of Volvo Cars of North America, “it is a tradition that is core to how we do things and our vision for the future.”

Volvo’s Vision 2020 is a guiding principle behind the company’s engineering, development and operating philosophy, which is focused on safety, improving the environment and reducing traffic congestion in major metropolitan areas. This vision has resulted in a new, ultra-efficient engine strategy, world-leading advancements in autonomous and semi-autonomous drive and an unparalleled safety benchmark for the automotive industry.

“Our vision is that no one should be killed or seriously injured in a new Volvo by the year 2020. Our recognition as the luxury automaker with the most IIHS Top Safety Pick Plus awards is another milestone in the journey toward that vision.” Added Kerssemakers.

The IIHS safety awards cap the end of a successful year for Volvo, with US car sales up 18% so far in 2015. Sales of the all-new XC90 have been strong, along with the resurgence among the XC60, which has enjoyed a 31% increase in sales versus the previous year. Last week was Volvo’s debut of the 2017 S90, a completely new luxury sedan that will be publicly unveiled in January at the 2016 North American International Auto Show in Detroit and available at US retailers this summer.